The Brown Mountain lights are as-yet-unexplained lights near Brown Mountain in North Carolina. The earliest published references to strange lights there are from around 1910, at about the same time electric lighting was becoming widespread in the area. Native American lore extend the documented sightings of the lights  back for hundreds of years.

In 1922, a USGS scientist, George R. Mansfield, used a map and an alidade telescope to posit the theory that the lights that were being seen were trains, car headlights, and brush fires. This explanation does not jibe with many photos, videos and personal experiences of people who see the lights in places where there are no vehicles or people. The lights often occur in places that there are no people or fires to explain them. The public perception of the Mansfield report is thus one of a government report explaining away these lights as a nuisance and to shut down yet another paranormal phenomena by use of a flawed and heavily biased government report. This is standard operating procedure when it comes to government public discussion of paranormal phenomena, even those that hold potential for being new types of geophysical phenomena that science would benefit from investigating. See the Wikipedia article on these lights to get a sense of the biases at work with government response to these phenomena.

The lights continue to confound locals and interested scientists and paranormal investigators. This is an area ripe for private citizens and scientists to investigate for themselves and to go around Mansfield and his Wikiepedia goons to get to the truth.

The Wikipedia article is one of the most biased I’ve ever seen on Wikipedia. From the very start of the article the editors pronounce these lights as a “solved” phenomenon and yet the proof that is cited is from an early 20th century investigation. This “proof” is in dire need of an update and to incorporate new evidence to explain what is happening. The George R. Mansfield “proof” is more about explaining the topic away than to seriously engage in a true investigation of what happened then and continues to occur. I am not pushing a paranormal explanation and feel this has a legitimate scientific explanation, but it is clear that this 1922 investigation was more geared to making the problem “go away” than with an objective investigation.

If the editors of the Wikipedia article quit using the word “purported” long enough to actually go out in the field and LOOK at anomalous phenomena themselves they might actually see something. My estimate of this article is that the people who have written this have never been outside their offices long enough to notice explainable phenomena much less unusual or inexplicable lights that people notice.

My challenge is thus cast to the skeptics who wrote it. Put up or shut up. Present real, objective and most importantly, unbiased modern studies and get people out in the field who don’t have an agenda to tamp down things that don’t want the public noticing or talking about.

I would have posted this challenge to the page editors at Wikipedia, but they are so caught up in their eternal academic rules and over reliance on protecting their intellectual members-only castle from open discussion that I posted here to cast stones at them from my clubhouse. 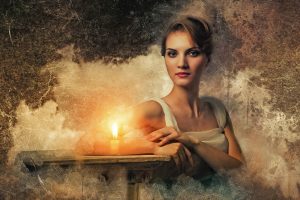