Years ago I did some extensive research of Bigfoot/Sasquatch sightings reported on satellite and Google Earth imagery and I had dumped it into a text file. I decided to turn this into a show and share the results of my study along with coordinates where possible. To my knowledge this is one of the rare collations of all of this evidence together in one place and we will be talking about this on the show and displaying the images and back stories for all to see and perhaps profit from adding to their own collections of knowledge.

This show will review available evidence of sightings captured by Landsat satellites and Google Earth Street View images and comment on the authenticity and potential reality of these being actual Sasquatch/Bigfoot captures. 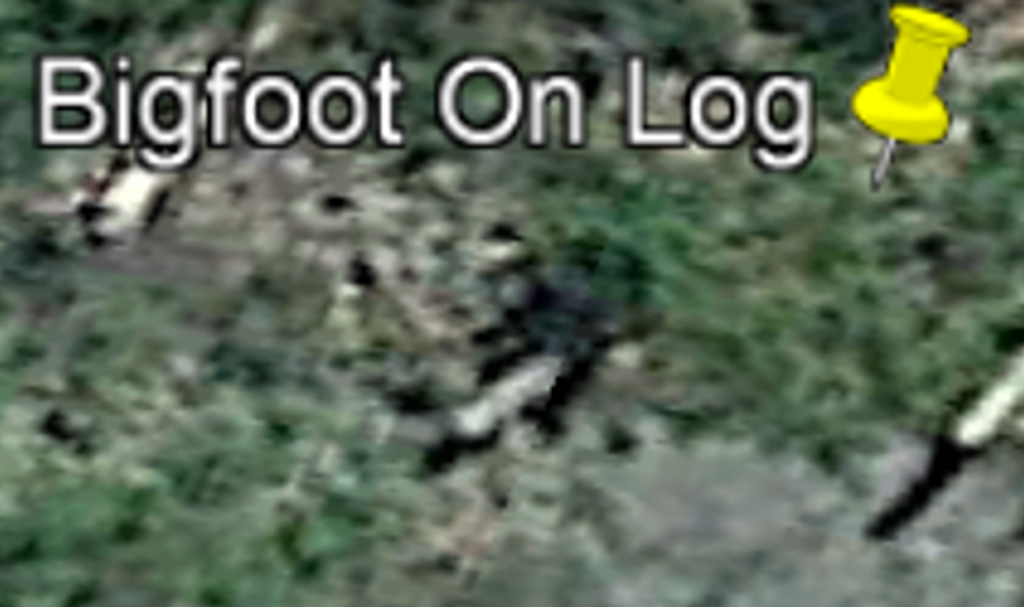 A blink comparison of the “LogSquatch” 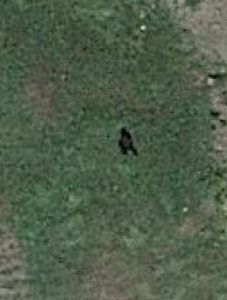 “I was randomly going through google maps and found this location in the Uncompahgre National Forest.”

I have provided a comparison image set of the enlarged the image at right and then used a current image of the coordinates from Google Earth to allow the viewer to compare the two images with and without the creature, proving it was not a tree, but some sort of animal.

A good estimate is that this creature is likely in the 8 to 10 foot tall range based on similar sightings captured from Google Earth. 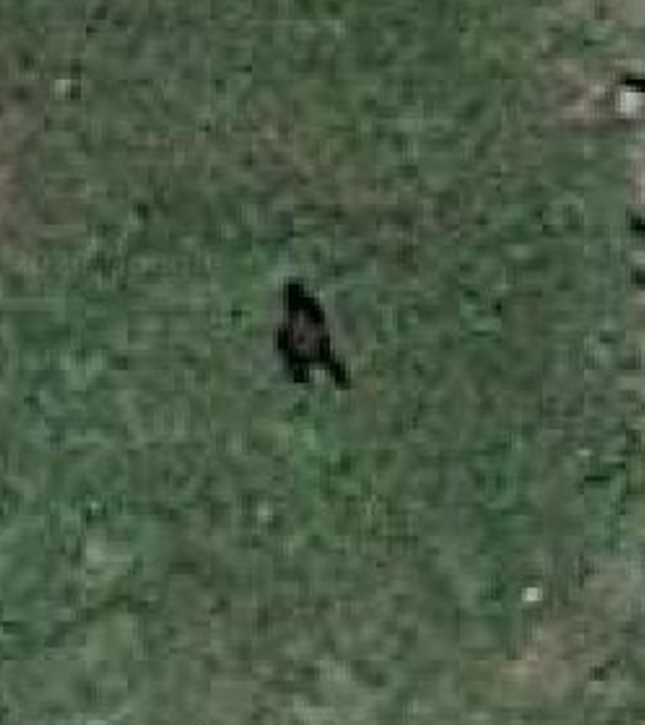 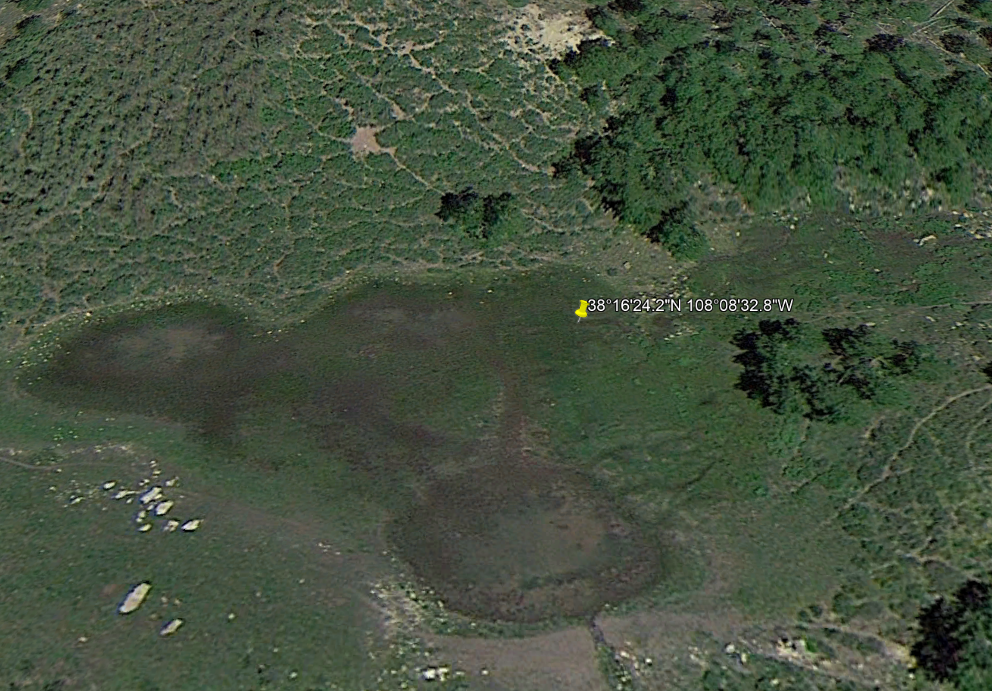 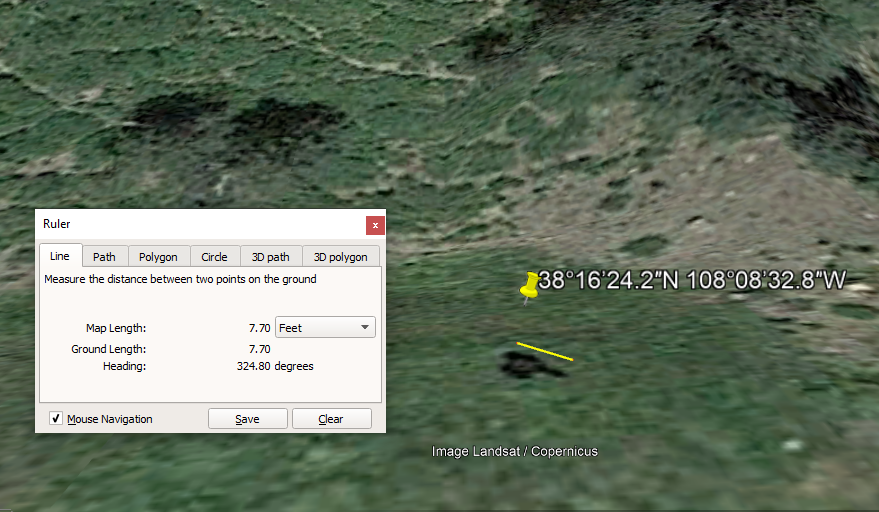 A seven to eight foot animal, striding across the dry or nearly dry pond.

The video has the google car view but Google has replaced the car view image however, it is still useful to compare the video frame with the new image to show it was not a tree.

A very interesting video with a potential catch from satellite

#5 – Likely fake roadside sighting- no coordinates – I researched this one and the use page on TikTok no longer has the video. I suspect this is either a fake or there is a lot more to the story than it being a genuine sighting. Included to show the sorts of garbage on has to wade through in researching these materials. Until coordinates are given for this we are putting this down to being a fake. The TikTok channel involved uses a lot of cut scenes and one wonders if the majority of his content is photoshopped.

Likely a tree shadow but it is about 12 feet tall and bipedal in shape.

Interesting video – See image below from that video 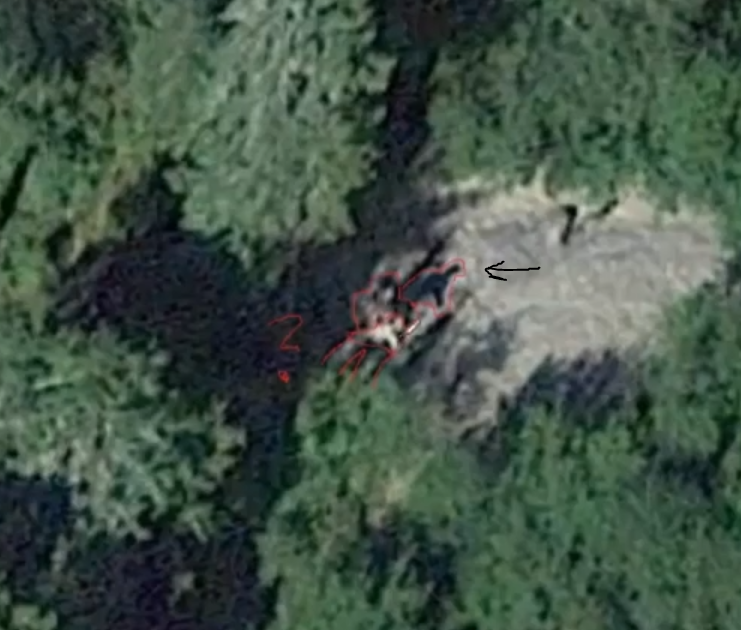 Not entirely convincing, but definitely interesting and it is in the middle of the area of Bluff Creek, a known hot spot of Bigfoot activity.

This video shows a series of structures grouped in forested areas near the town of Awkright, New York. New York state is a known hot spot of Bigfoot sightings.

Another interesting video but this is without coordinates and the poster was vague with her reference to the location. It is in British Columbia and the image is a “Blobsquatch”. WIthout GPS, this is just a data point without any further value unless more information is forthcoming.

Estimated location is near the town of Topley, British Columbia. 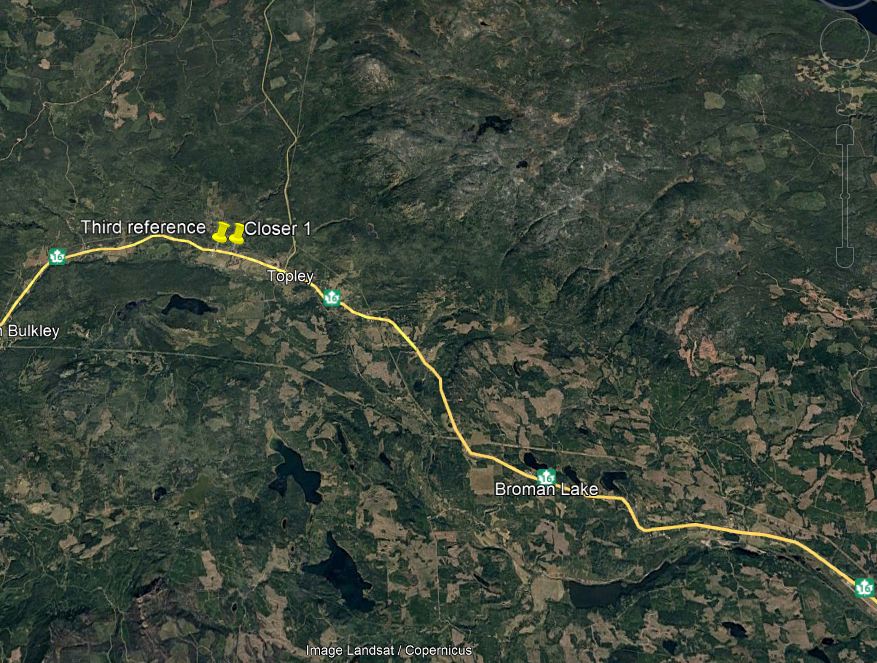 Estimated location based on video

What follows here are some of the more interesting road and game-cam captures I have found in the research for this show. Enjoy!

This video from a Washington State Highway camera shows a creature passing by the camera on a highway that is very difficult to travel by in the winter. It is a very interesting capture.

Not a “Google Earth” capture, but some interesting captures on web cams and road camera captures.

The Eagle Cam video in more detail is below 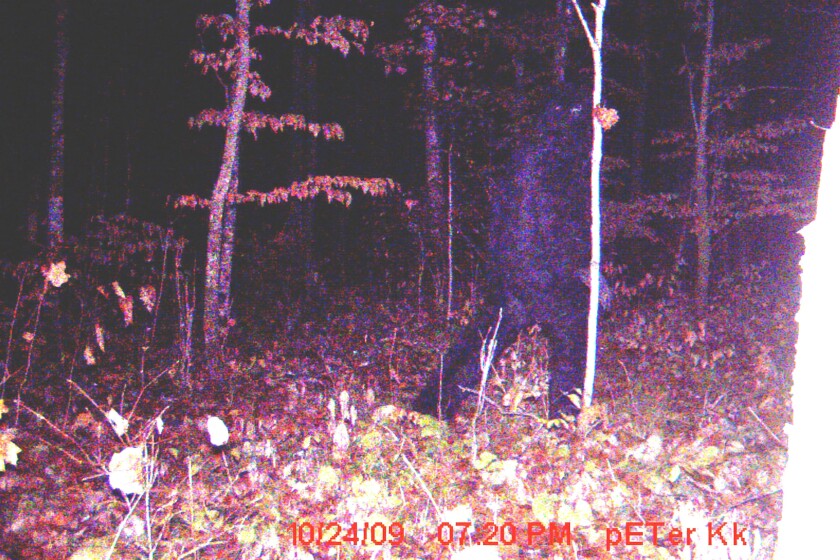 Capture image from fall 2009 in Michigan

The media skepticism heaped on these two gentlemen is notable. Claims of “lack of muscle definition” and the like are the armchair quarterback comments. What skeptics almost NEVER seem to do is get out from behind their desks and get out in the field to check these things for themselves. The ones that do consider the evidence get my respect. The rest? They get ignored.

Per the Deluth News Tribune story (despite it’s skeptical view) shared the opinion by the Minnesota Bigfoot Research Team:

When Sherman saw the image the Kedrowskis sent him, Tim said the researcher responded that he believes it is a picture of a Bigfoot. Sherman went with the Kedrowskis to the photo site and measured the height of the creature in comparison to the sapling next to it. He determined the animal is about 7 feet tall.

Unless these guys got a 7 foot tall man in a suit to do this, this one becomes harder to explain away on that basis. Score one for someone actually investigating. Zero for the armchair investigators.

My money is on this being a genuine capture.